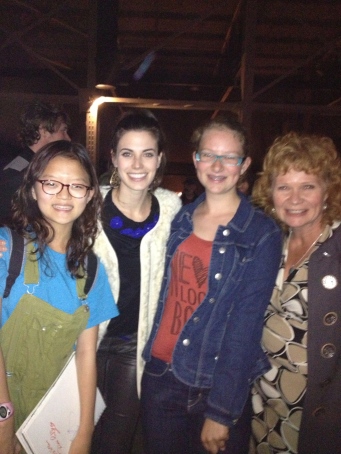 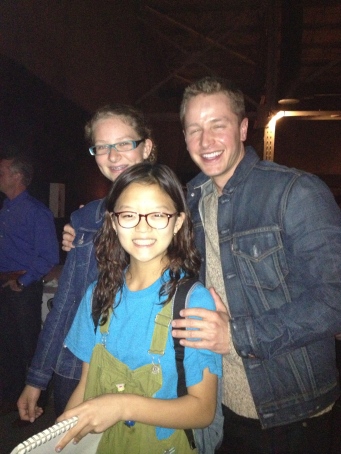 Beverley Elliott and Mig Macario
Once Upon A Time, Cast

Went to Cast and Crew & Family viewing of season premier of ‘Once Upon a Time’ with my friend Beverley Elliott  (who plays Granny) and her daughter Sally and friend Sophia, (big fan of the show got everyones autograph). Hung out with our favourite ‘Storybrooke’ characters, Prince Charming, Snow White, and the Seven Dwarfs, Red Riding Hood and the Evil Queen. I was the photographer.

Once Upon a Time is an American fantasy-drama television series created by Lost and Tron: Legacy writers Edward Kitsis and Adam Horowitz, on ABC. The show airs Sunday nights at 8:00 pm ET/7:00 pm CT