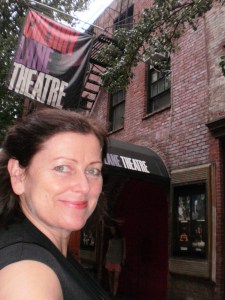 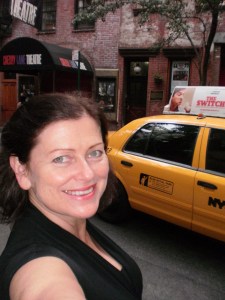 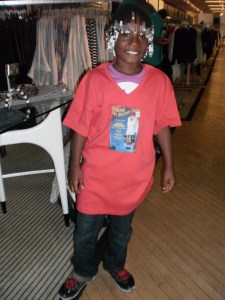 Rosie arrived from Vancouver to help me with the postcard distribution. We are seen here in front of the Washington Square Arch with our matching Stripes t-shirts.
During the preview at Bloomingdale I gave away a tshirt to the little girl who named three bad habits…(seen in photo above).
She was at Blooomingdales with her Mum who is in Hip Hop High, another FringeNYC show that previewed at Bloomies Soho. My stage manager Jana is their director. It’s a high energy hip hop show and their energy is off the charts.
Found Cherry Lane Theatre….seen in photos above.
Opening Ceremonies this morning. Performing Nun number then going to Times Square to busk.
Saw first fringe show last night…PJ Walsh Over There, great show, about his experience as a Medic in the Marines and later as dental technition to the president and then comedien entertaining the troops in Afghanestan. I predict it will be a big hit with HBO Special to follow!